After nearly a decade of listening with a custom-built, table-sized antenna at our Murchison Radio-astronomy Observatory in remote Western Australia, researchers have detected signs of the first stars to emerge in the Universe. 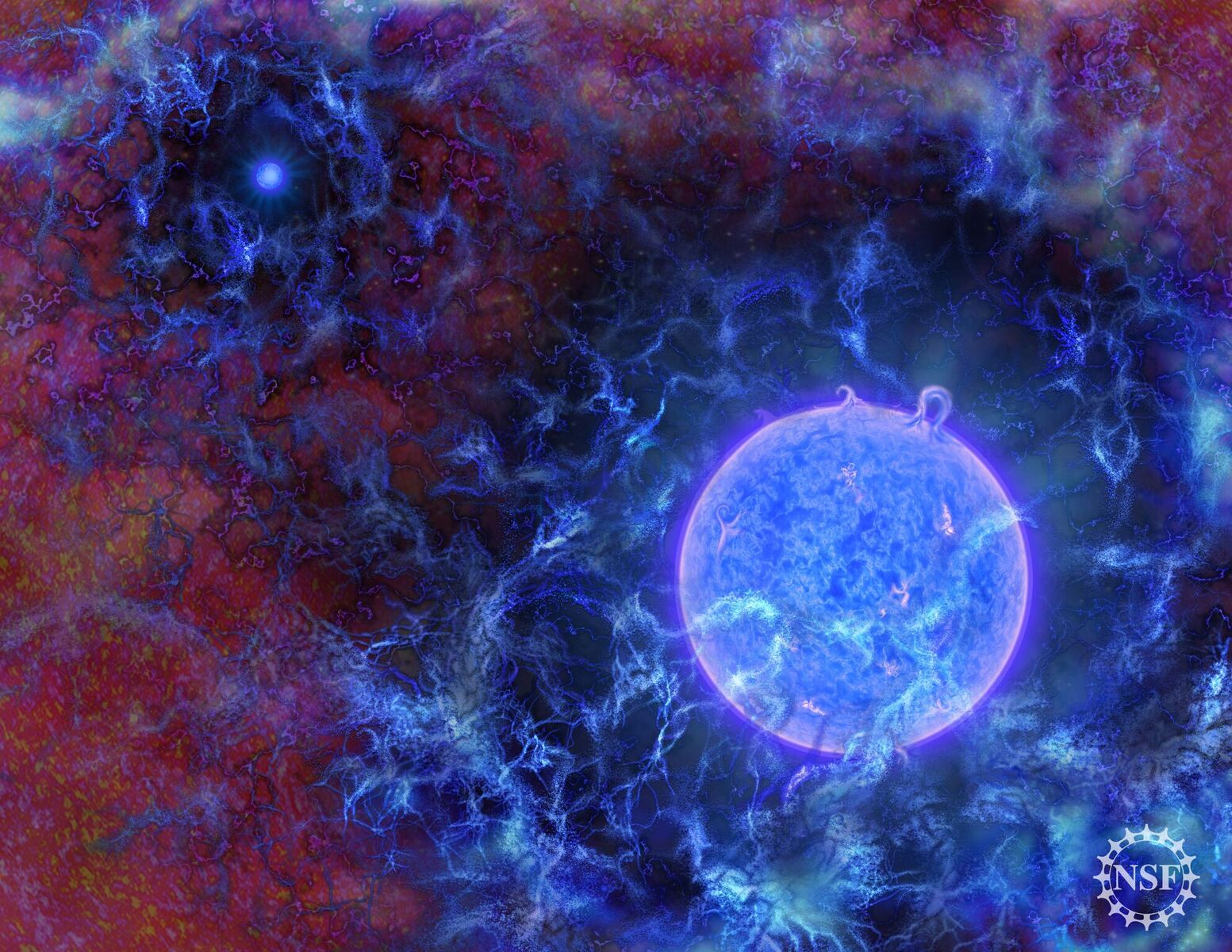 After nearly a decade of listening with a custom-built, table-sized antenna at our Murchison Radio-astronomy Observatory in remote Western Australia, researchers have detected signs of the first stars to emerge in the Universe. Image: Artist’s rendering of how the first stars in the Universe may have looked (N.R.Fuller, National Science Foundation).

Looking up at the night sky on a clear evening you’ll see stars splashed across the sky like spilt milk. It’s a wonder to behold, and it might start you thinking about when the first stars were born.

After the Big Bang more than 13 billion years ago, the Universe cooled and went dark for millions of years. In the darkness, gravity pulled matter together until stars formed and burst into life, bringing the ‘cosmic dawn’.

Until now we didn’t know when the first stars emerged in the Universe.

US astronomers announced today that they have detected a signal from the first stars to have emerged in the early Universe about 180 million years after the Big Bang. To make this discovery they used a small radio telescope at our Murchison Radio-astronomy Observatory in Western Australia.

“Finding this miniscule signal has opened a new window on the early Universe,” says Dr Judd Bowman of Arizona State University whose team made this exciting discovery.

“The first stars are expected to be different than stars we see in the local Universe because they formed from the pristine primordial gas created after the Big Bang. This gas was almost entirely hydrogen and helium. In contrast, nearly all subsequent stars formed from gas that was enriched with heavier elements on the periodic table, such as carbon and oxygen.

“The first stars are responsible for seeding the early Universe with heavier elements and starting the processes that led to stars like our Sun,” says Judd. 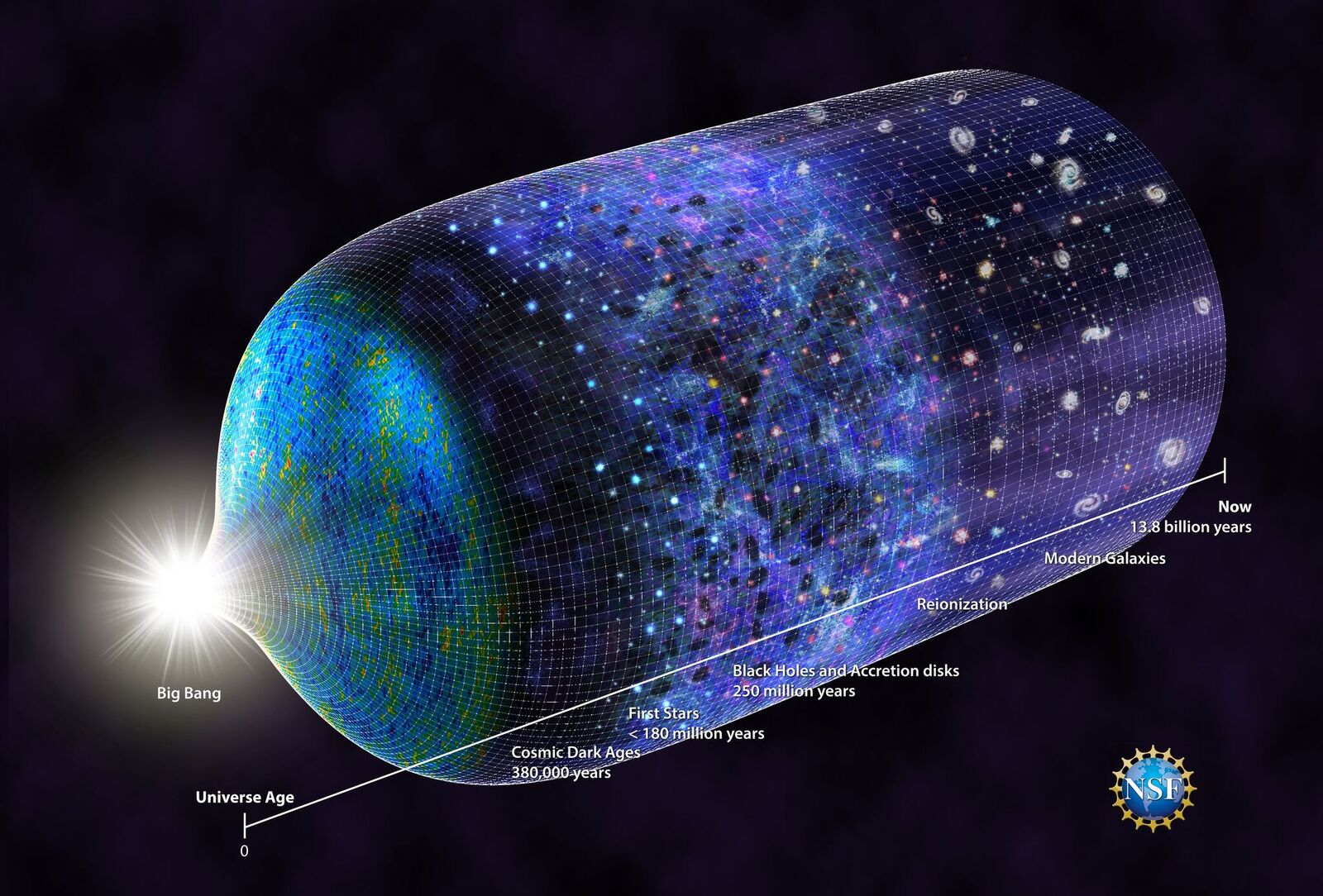 This updated timeline of the Universe reflects the recent discovery that the first stars emerged by 180 million years after the Big Bang (N.R.Fuller, National Science Foundation).

The radio signal Judd’s team found was incredibly faint. It also fell in the region of the spectrum used by FM radio stations, making detection of this weak signal from most Earth-based sites impossible.

Judd has been running EDGES – the Experiment to Detect the Global Epoch of Reionization Signature – for 12 years. It is one of the most technically challenging radio astronomy experiments ever attempted.

Nine years ago he started doing observations from our outback observatory after searching for the best place on the planet for this work.

Located about 800 km north of Perth, our observatory is in an area with low population density. This remote location is naturally free of radio ‘noise’, which is essential if you’re listening for faint whispers from space. This unique characteristic is protected by a legislated ‘radio quiet’ zone, which keeps human-made activities that produce interfering radio signals to an absolute minimum. 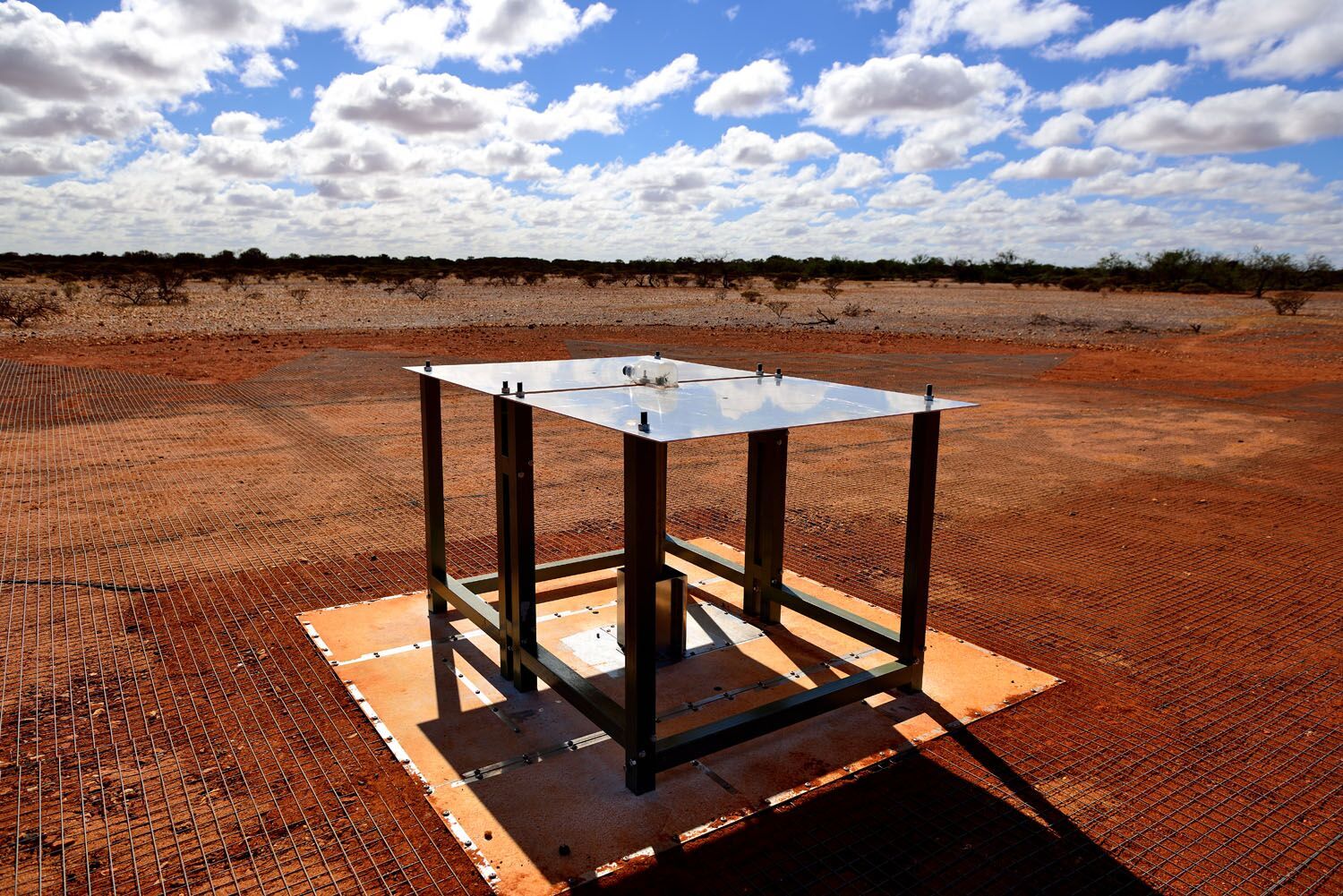 The EDGES instrument at our Murchison Radio-astronomy Observatory in remote Western Australia.

“The infrastructure and logistical support that CSIRO has provided for EDGES has enabled our small team to focus on developing the new instrumentation and techniques needed for the experiment,” says Judd.

We developed the MRO for our own Australian Square Kilometre Array Pathfinder telescope. Along with ASKAP and EDGES, the MRO also hosts the Murchison Widefield Array, a low-frequency telescope that has been developed by an international collaboration led by Curtin University.

These telescopes are already making use of the radio-quiet nature of the site. In future, the MRO will also be home to 130,000 ground-based antennas that make up the low-frequency component of the international Square Kilometre Array.

ASKAP is part of the Australia Telescope National Facility which is managed by CSIRO. Operation of ASKAP is funded by the Australian Government with support from the National Collaborative Research Infrastructure Strategy. ASKAP uses the resources of the Pawsey Supercomputing Centre. Establishment of ASKAP, the Murchison Radio-astronomy Observatory and the Pawsey Supercomputing Centre are initiatives of the Australian Government, with support from the Government of Western Australia and the Science and Industry Endowment Fund. We acknowledge the Wajarri Yamaji people as the traditional owners of the Observatory site.

Reach for our stars

Find out more about our Murchison Radio-astronomy Observatory

Previous post:
Precision maps give direction on ending child malnutrition in Africa
Coming up next:
Listeria in rockmelons: what you need to know