“Land Ho! First land we’ve sighted in 16 days, everyone’s excited to see terra firma,” grinned Rod Quinn, First Mate aboard the RV Investigator, as the ship and her crew arrived at their destination: Heard Island and neighbouring McDonald Islands after two-plus weeks on the open ocean.

Soon after arriving the team, led by the University of Tasmania’s Institute for Marine and Antarctic Studies (IMAS), kicked off the second phase of their research program — extensively mapping the seafloor around the remote Heard Island and McDonald Islands. Towering from Heard Island is the highest mountain on Australian territory north of Antarctica, and one of Australia’s only two active volcanoes. The other is on one of the McDonald Islands.

The islands are remote and largely inaccessible. Isolated in the Southern Ocean 4100 km south-west of Perth, they’re rarely visited and little is known about them.

Even less is known about volcanic activity on the islands, with eruptions being glimpsed by only a few people and via sparse satellite imagery. In the last 15 years there have been at least three eruptions.

While collecting data, the team were unbelievably lucky to witness action from both volcanoes: “seeing vapour emanating from both of Australia’s active volcanoes and witnessing an eruption at Mawson Peak have been an amazing coda to this week’s submarine research,” said the voyage’s Chief Scientist, IMAS Professor and geophysicist Mike Coffin.

Mawson Peak — the highest point on Big Ben, one of the volcanoes — erupted, oozing lava down its glaciated side.

The experience was a surprising and welcome bonus, Professor Coffin said. “We have 10 excited geoscientists aboard Investigator, and our enthusiasm has spread to our 50 shipmates”. 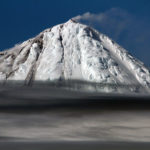 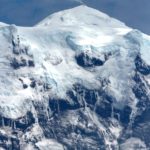 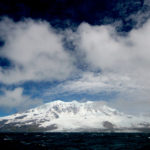 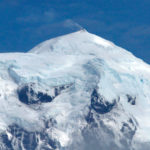 Jodi Fox, a PhD candidate on the expedition, had her expectations blown out of the water: “I’m doing my PhD on Heard Island volcanism, and to see lava emanating from Mawson Peak and flowing down the flank of Big Ben over a glacier has been incredible. Given persistent cloud cover and generally foul weather, I didn’t think we’d even see Mawson Peak on this voyage,” Ms Fox said.

The team spotted the phenomenon during the second phase of their research program: circumnavigating the islands, mapping the seafloor with deep tow camera and video equipment. The data are used to identify and map hydrothermal systems driven by underwater volcanoes, which they suspect might be driving the Southern Ocean ecosystem from the bottom-up.

They’re testing the hypothesis that hydrothermal systems release iron, a fertiliser for planktonic blooms which ultimately feed-in to many ecosystems and create half of the planet’s oxygen. The research is integral in understanding global fluctuations in nutrients and their transferral between the inorganic earth and the organic life upon it.

Here are some more images from the past few weeks aboard RV Investigator: 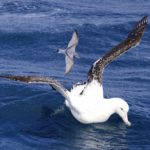 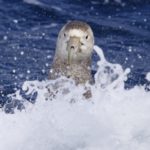 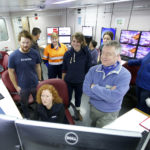 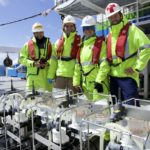 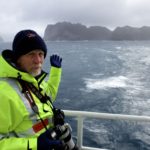 Professor Richard Arculus, the ship’s keenest photographer, in his element. It was difficult to convince him to come inside every now and again and defrost his fingers. (date taken: 24/1/16) 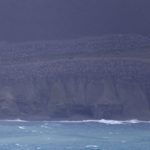 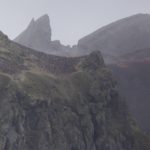 Very high penguin rookery and smoke drifting out of the vent. (date taken: 24/1/16) 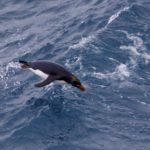 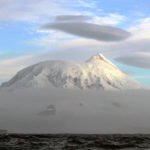 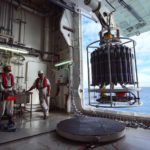 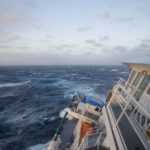 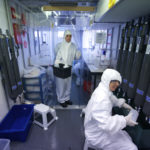 And here’s a taste of life aboard the RV Investigator on the open seas:

Previous post:
The planner’s new best friend: we can now track land-use changes on a scale of centimetres
Coming up next:
Meet our next-generation trio of reef-exploring scientists