Voyager 2 has entered interstellar space and is still sending back data that are picked up by radio telescopes in Australia.

NASA has confirmed that Voyager 2 has joined its twin to become only the second spacecraft to enter interstellar space – where the Sun’s flow of material and magnetic field no longer affect its surroundings. The slightly faster Voyager 1 entered interstellar space in August 2012.

Voyager 2 is about 18 billion kilometres from Earth and still sending back data that are picked up by radio telescopes in Australia.

Mission scientists had been closely monitoring the spacecraft for signs that it had exited the heliosphere, a protective bubble created by the Sun as we move through our galaxy.

Data from Voyager 2 indicate an increase in the rate of cosmic rays hitting the spacecraft’s detectors. These fast-moving particles are known to originate outside our solar system.

Voyager 1 experienced a similar increase about three months before it crossed the heliopause, the boundary of the heliosphere.

Scientists for Voyager 2 detected a steep drop in the speed of solar wind particles on November 5, and no solar wind flow at all in the spacecraft’s environment since then. This makes them confident the spacecraft has entered interstellar space. 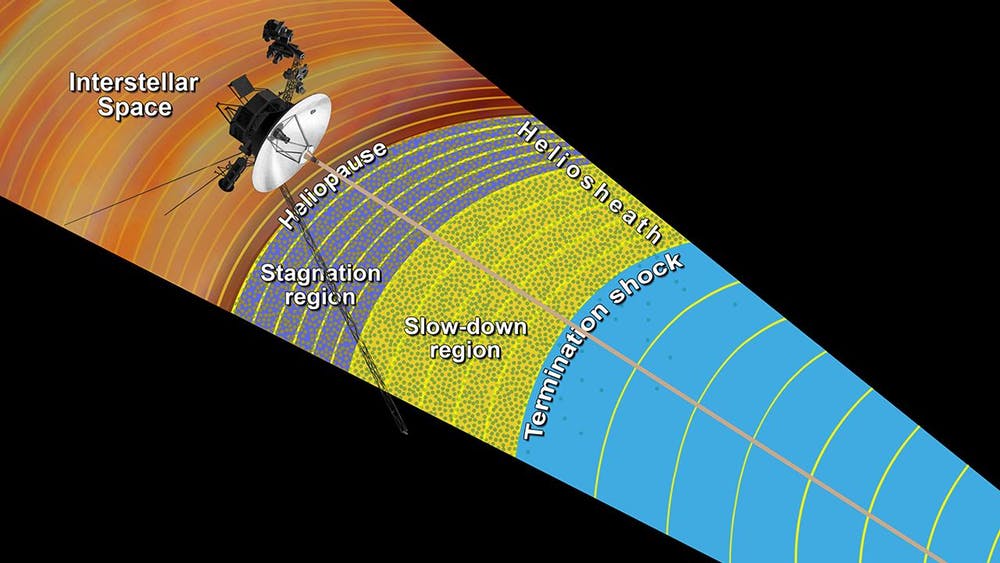 This artist’s concept shows Voyager and the outer layers of our solar bubble, or heliosphere, and nearby interstellar space. Credit: NASA/JPL-Caltech Photojournal

Unfortunately not all of Voyager 2’s instruments are still operational. Its on-board data recorder failed many years ago, leaving the spacecraft with no option other than to transmit all of its data back to Earth in real time.

This means that if the spacecraft isn’t being tracked, its data aren’t being received and will be lost forever.

NASA’s Canberra Deep Space Communication Complex (CDSCC), operated by CSIRO, has been providing command, telemetry and control for the twin Voyager spacecraft since their launch in 1977. This is part of its role as one of three tracking stations for NASA’s Deep Space Network. The other two are Goldstone in California and Madrid in Spain.

Communicating with Voyager 2 is challenging due to its location in the southern part of the Solar System, and its extreme distance from Earth (roughly 120 times that between the Sun and the Earth).

Voyager 2 transmits with a power of just 20 watts. By the time the signal reaches Earth nearly 16.5 hours later, it’s billions of times weaker than the power of a watch battery.

Only Australia is listening

Because of their location in the Southern Hemisphere and their large antennas, CDSCC and CSIRO’s Parkes radio telescope are the only facilities in the world that can contact the spacecraft. 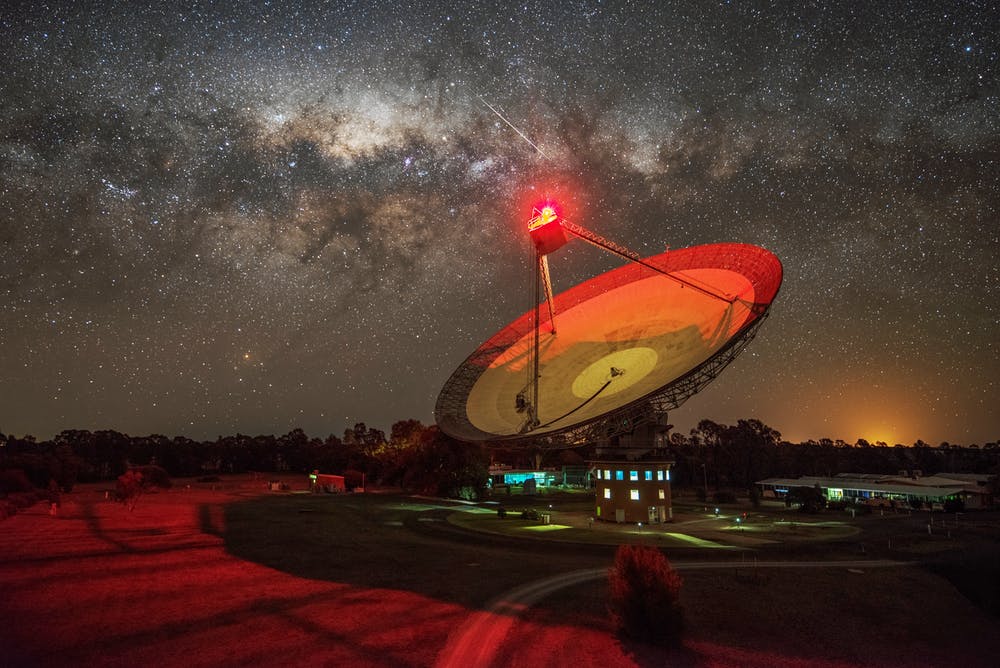 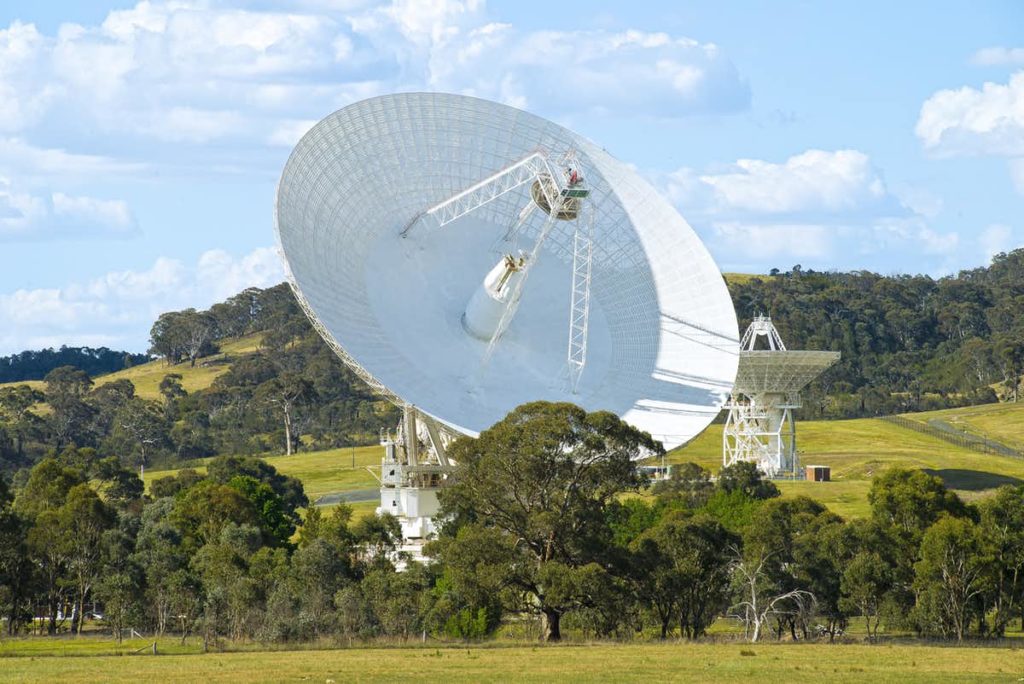 The data these two giant dishes are receiving will provide an enormous amount of new scientific information about this previously unsampled region of space.

The Parkes radio telescope has had a long partnership with the Voyager 2 mission. This will be the fourth time the telescope will have tracked the spacecraft. Parkes will continue partnering with CDSCC until late February to track Voyager 2.

Where no spacecraft has gone before

Both Voyager spacecraft have achieved far more than the science team on Earth could have ever expected. Launched in 1977, their prime mission was to investigate the four giant planets of our Solar System: Jupiter, Saturn, Uranus, and Neptune. 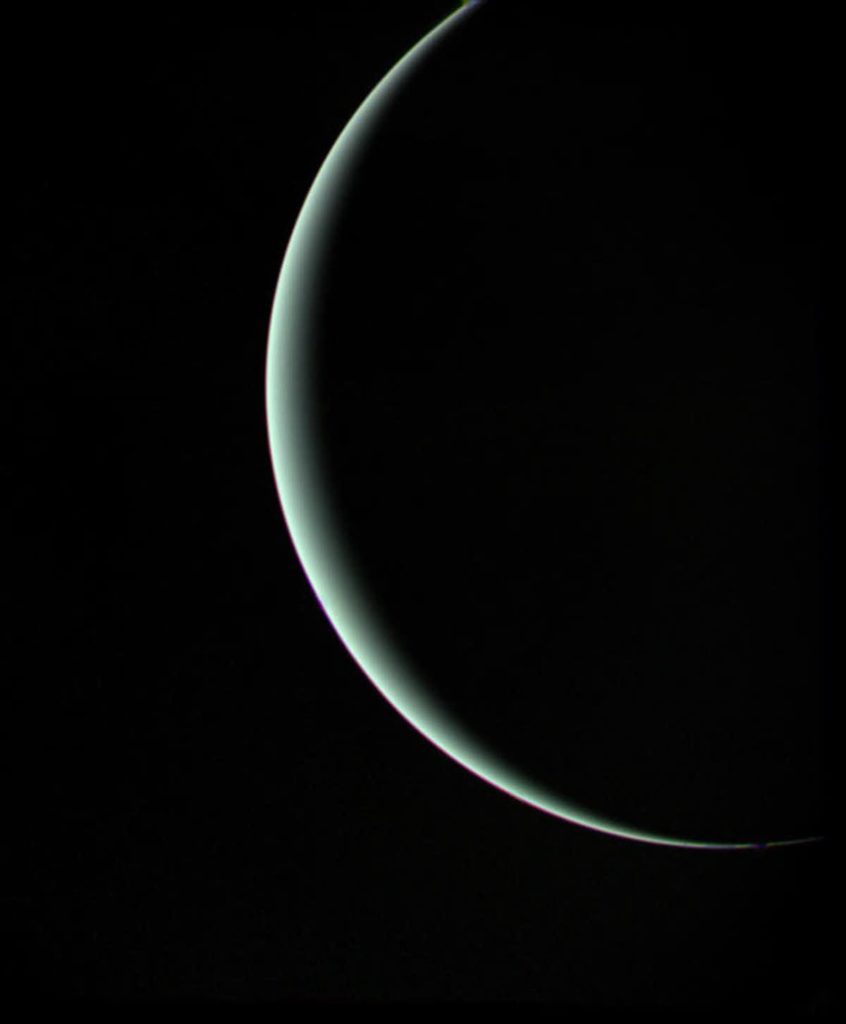 Voyager 1 and 2 both flew by Jupiter and Saturn, and a favourable planetary alignment allowed Voyager 2 to add Uranus and Neptune to its journey. Voyager 2 is the only spacecraft ever to have visited these two gas giant worlds.

Since the Neptune encounter in 1989, both spacecraft have been on an extended mission through the outer regions of the Sun’s magnetic bubble, the heliosphere. 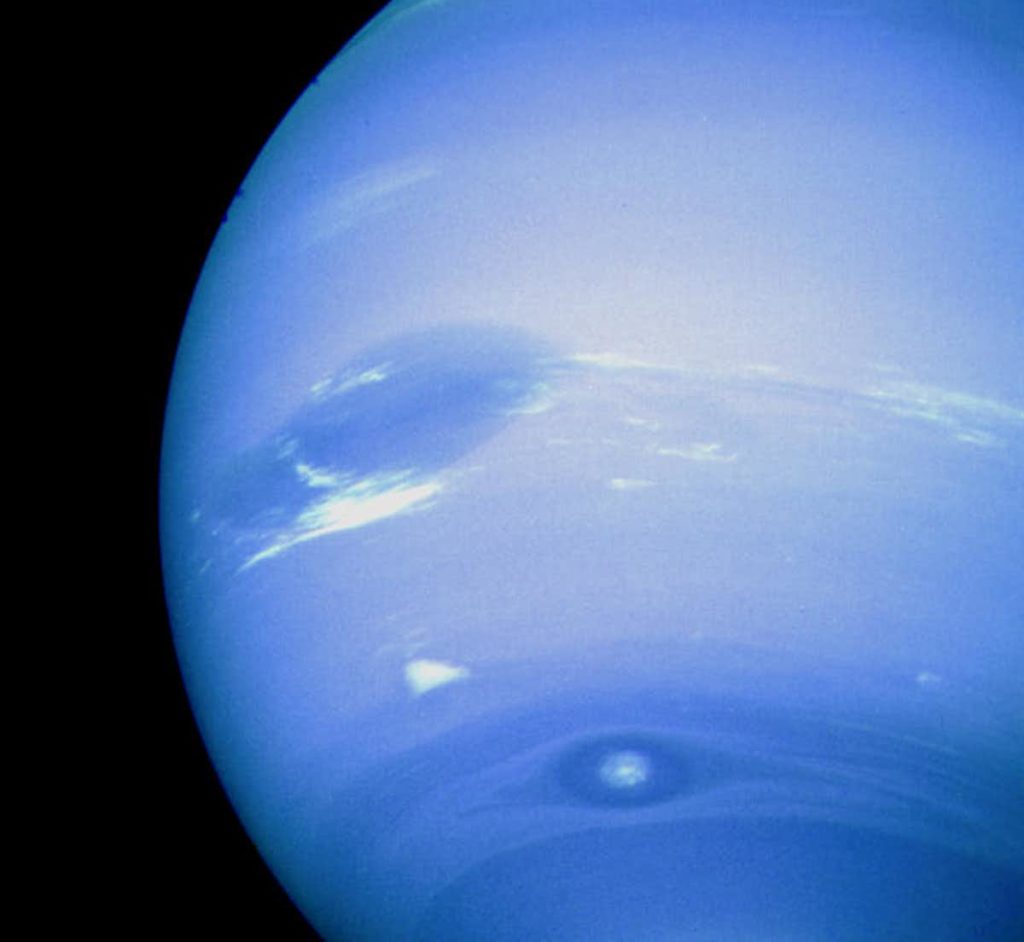 While their cameras were turned off long ago, the spacecraft continue to return data from several instruments that are collecting information on the Sun’s magnetic field:

To conserve power and operate them for as long as possible, mission planners have been turning off various instruments.

However, it’s likely that by 2025, only one science instrument will still be operating and then once it’s switched off, only the transmitter will be on and returning engineering data into the early 2030s. At that point, they will fall silent, no longer able to communicate with Earth.

Even at that speed, covering more than 1.4 million kilometres each day, neither spacecraft will come close to another star for at least another 40,000 years.

The Voyager mission continues, orbiting the Milky Way galaxy every 225 million years and potentially encountering other star systems along the way.

Each spacecraft carries a golden record with images, music and information about planet Earth and its inhabitants. It’s a message in a bottle thrown into a vast cosmic ocean. 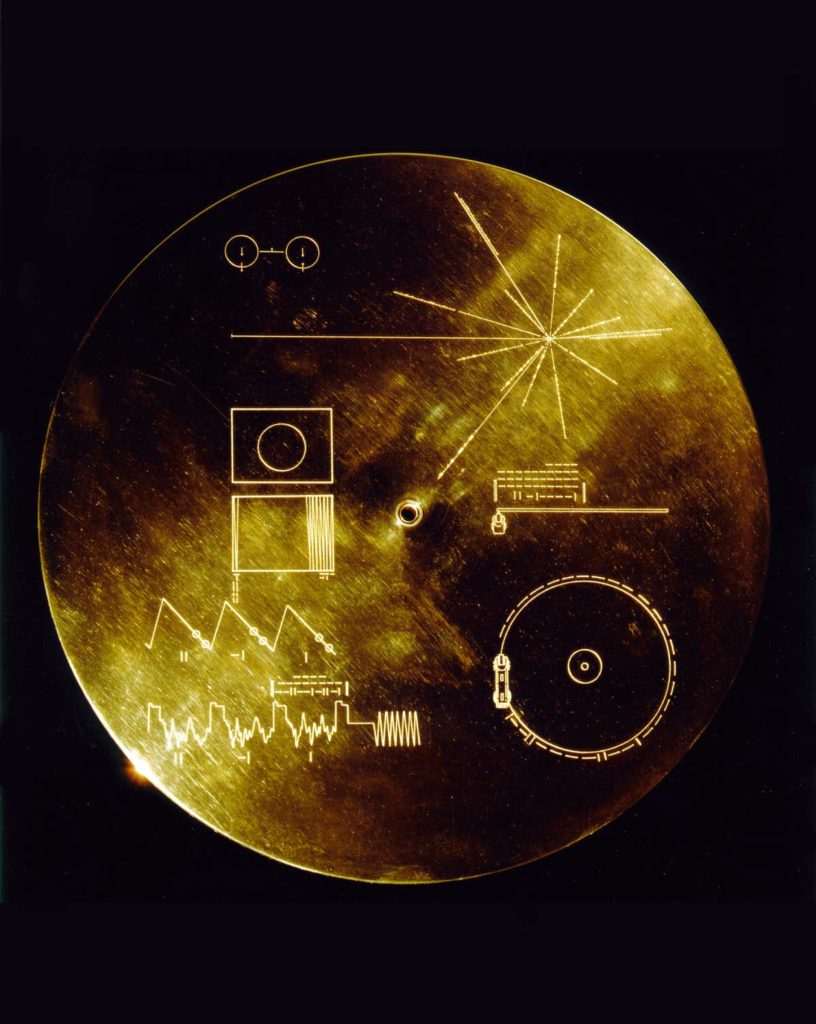 Previous post:
Where are all the women in STEM?
Coming up next:
Piping hot marine research delivered to your door