Connecting the globe to observe the Earth | Alex Held

Connecting the globe to observe the Earth | Alex Held

Australia is one of the largest users of satellite data and set to grow larger thanks to our international partners, relations built on and maintained by Dr Alex Held in his new role as Director for the CSIRO Centre for Earth Observation. 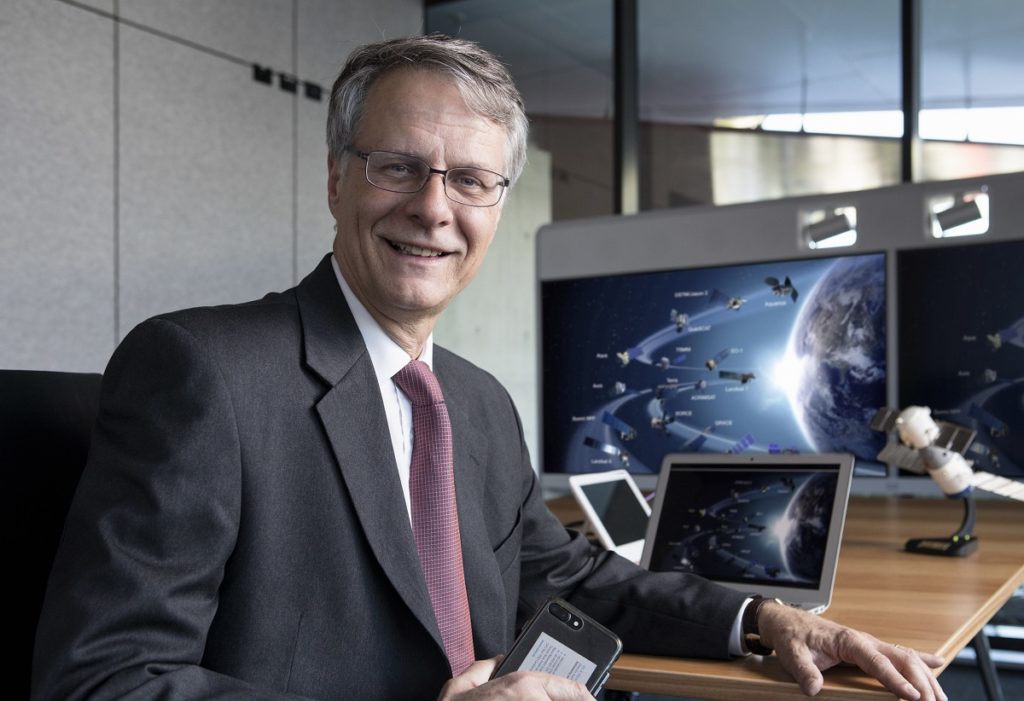 As Australia’s national science agency, we have a long and accomplished history in supporting and developing the space sector. Now, with Australia starting its journey to build a national space agency, we’d like to introduce you to some of our experts in the sector. Dr Alex Held’s career has taken him from the Earth to the skies and back again.

When Alex Held started his science career, his focus was close to Earth. As a plant physiologist, Alex’s initial interest was in individual leaves and crop fields, and trying to understand how they reacted to different climate conditions.

But when he moved to Australia 26 years ago, Alex discovered he could take his skills in a different direction: up. “I suddenly realised we can use satellites to do some of the same measurements, but of whole landscapes and regions: it changed the vantage point for me,” he says.

Alex has been using satellites for vegetation mapping ever since. In 2003 his team with us developed an award-winning bushfire-tracking system from space, called Sentinel Hotspots – still in operation today. Since 2010 he has directed the national satellite data facility of the ‘Terrestrial Ecosystem Research Network’, was one of the architects of a global forest monitoring system under the intergovernmental Group on Earth Observation, and coordinated our 2016 chairmanship of the international Committee on Earth Observation Satellites.

Today Alex is the Director of the newly created CSIRO Centre for Earth Observation, part of our Astronomy and Space Science business unit, which will coordinate a range of Earth-observing activities within CSIRO and also be a catalyst for engagement with Australian businesses, other government agencies and research organisations.

It’s a job that keeps him on the road almost half the year, building and maintaining the vital international partnerships Australia needs to help track bushfires across the country, analyse the impact of droughts, and to measure water quality from space across the Great Barrier Reef.

“With a territory of almost the ten per cent of the Earth’s surface, we are one of the largest users of satellite data worldwide. While we don’t as yet operate our own satellites for Earth observation, good relationships with the big space agencies like NASA, the European Space Agency, or with the Japanese or Chinese space agencies are vital,” he says.

Australia may, in the future, invest in a portfolio of locally built new technologies and satellites which we can operate and point at areas we need. To start us on that journey, we’ve recently invested in shared use of a UK-built satellite called NovaSAR, due to launch later this year.

“We will be able to collect data anywhere in the world with it, day and night, and when it passes over our region we have top priority to collect data,” he says.

Alex has decades of experience representing Australia in international settings (he previously served as Head of the CSIRO Office of Space Science and Applications, where he sat on several space-related international committees, he also served as member of the National Committee for Space Science of the Australian Academy of Science). However, he says relationship building is also a national strength: “We are good neutral players internationally: we don’t have vested interests in which satellite we use.”

Through these partnerships we can access over 250 space instruments used for different monitoring operations: some measure carbon dioxide, while others look at dust or smoke in our atmosphere. Still others take very precise measurements of our sea levels. “We know quite precisely from satellite altimeters that our sea levels are rising about 3.5 mm per year,” says Alex.

His latest focus is on making the satellite data collected around the world since the 1980s much more accessible to Australian scientists, as well as to developing countries.

“Together with partners at Geoscience Australia, we have ‘cleaned up’ and preprocessed this data, so that for any location in Australia one can drill down into a stack of images we call a ‘Datacube’ and look at thirty-plus years of history of that piece of land, and how it has changed,” he says.

“In conjunction with international partners we are now also establishing over forty such systems around the world. It’s a powerful way for researchers and governments to look at the recent history of their environment and how land and coasts have been managed around the world,” says Alex.

Previous post:
Five seasons in Australia? Meet sprinter and sprummer
Coming up next:
Antarctica has lost 3 trillion tonnes of ice in 25 years. Time is running out for the frozen continent