During past year we’ve put scientific names on around 230 new species, including a bee fly that resembles the Night King.

A species without a scientific name is invisible to science and conservation. And Australia has only named 20-25 per cent of its half a million species. Naming species is a serious business with a fun side. We know you’re not supposed to have favourites but we have five. 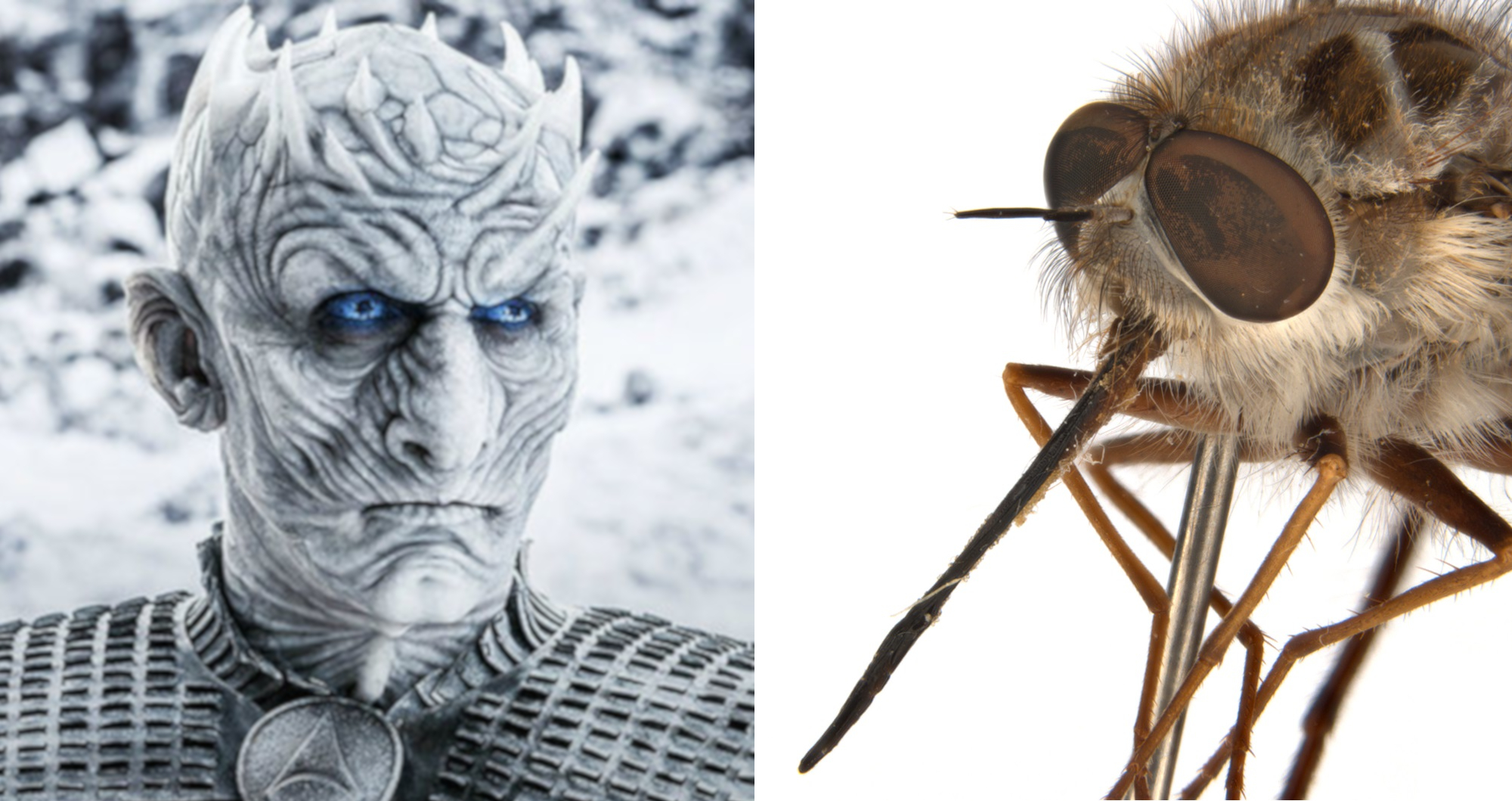 Paramonovius nightking is a bee fly named after Game of Thrones’ Night King because it reigns in winter and has a crown of spine-like hairs. The name was chosen by Game of Thrones fan Xuankun Li, a PhD student at our Australian National Insect Collection in Canberra.

Bee flies are a group of flies that look like bees, presumably to avoid being eaten by birds, who know that bees sting. The Nightking bee fly is known only from a small area in Western Australia, is around 1 cm long and can only be found during winter.

As well as being a new species, Paramonovius nightking also belongs to a new genus, which is like the surname of the species. That name was chosen to honour of Dr Sergei Jacques Paramonov for his contribution to Australian dipterology (the study of flies). 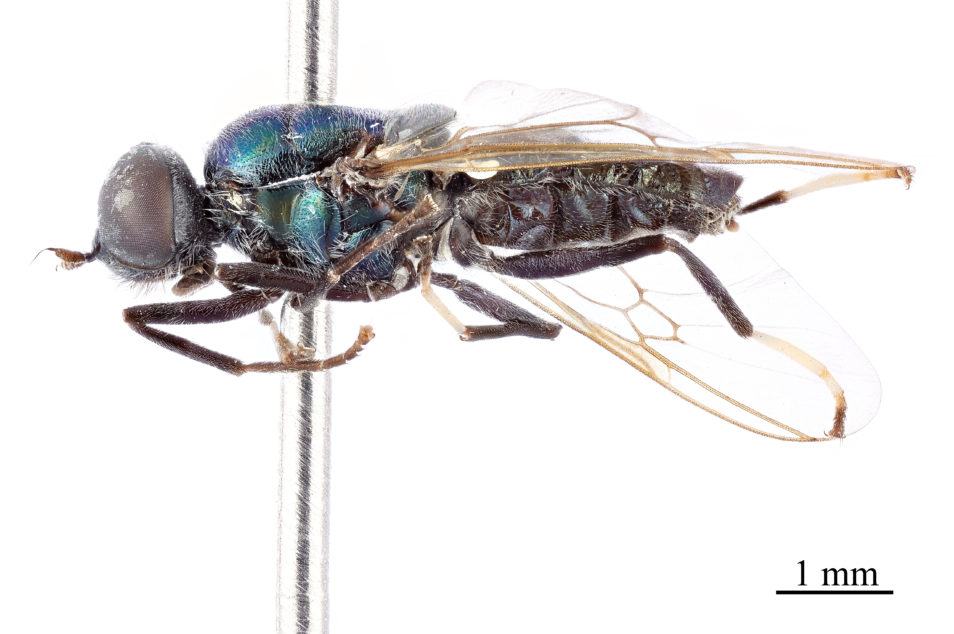 Prosopochrysa lemannae is a tiny soldier fly from Judbarra National Park in the Northern Territory. It was named in honour of his colleague Cate Lemann, by Bry the Fly Guy (aka Dr Bryan Lessard), an entomologist at our insect collection. This fly species was collected in 2001 during a CSIRO field trip. It has waited nearly two decades inside a drawer at our insect collection for its naming day. 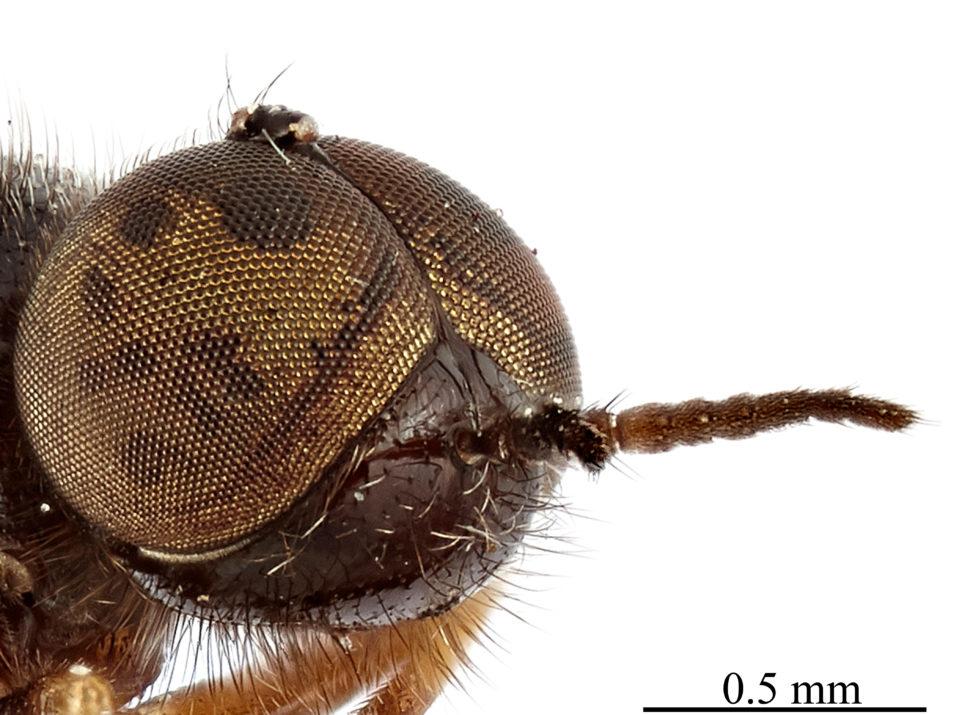 Scutellumina parvatra, the little black fly with no shoulder spines.

Bry the Fly Guy also named a soldier fly from Chillagoe in Queensland. He called it Scutellumina parvatra. That means little black fly with no shoulder spines. Bry has another 50 or so flies to name during the next year or two. We’re hoping he nails some better names!

Scientists across the country name around 1,000 new species each year. Most of them are insects, but there are a few lucky fishes and plants too.

This newly named species is a cusk eel christened Barathronus algrahami after fish curator Al Graham at our Australian National Fish Collection in Hobart. We hope he’s happy about it!

Barathronus algrahami is a deep sea fish that was caught off South Australia by scientists aboard our ship RV Investigator. 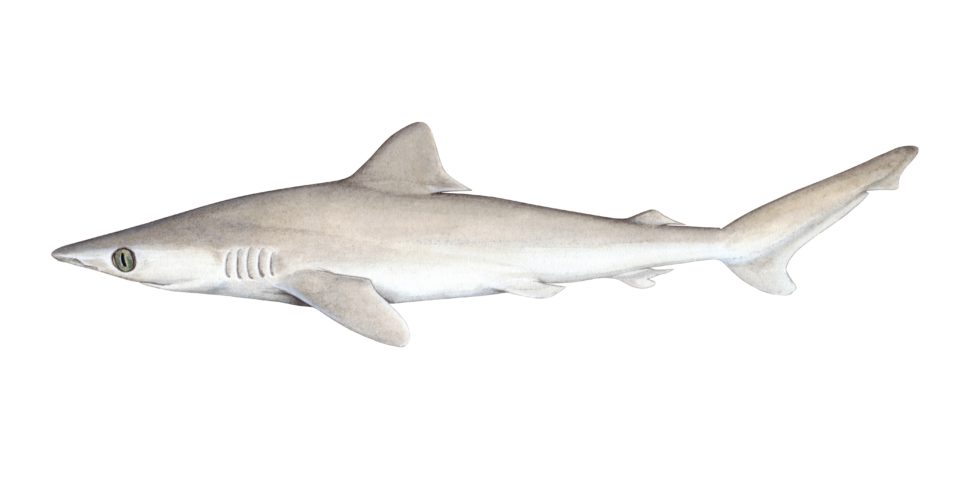 This is one species that has likely gone extinct before it was even recognised. Carcharhinus obsolerus was last seen when a specimen of a female shark was collected in the waters near Ho Chi Minh city, Vietnam in 1934. Extensive searches of the world’s museum collections found only three specimens in total.

The Latin word chosen for this shark’s species name, obsolerus, means extinct. Its common name is just as bleak: the Lost Shark.

Unlike most of the new species we name, this one is not from Australia, but reflects the fact that a lot of our work with sharks, rays and fishes supports the Southeast Asia region. 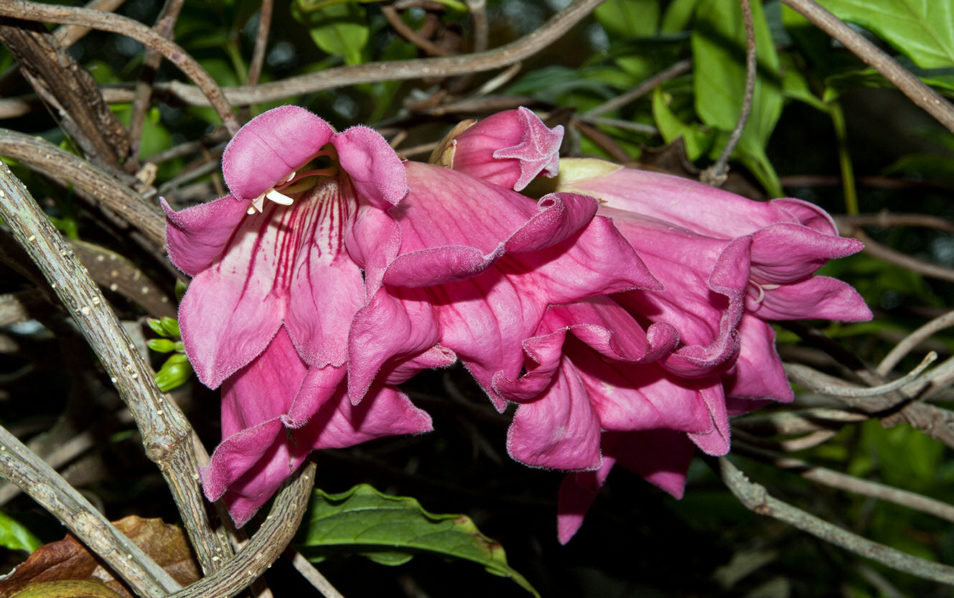 Tecomanthe burungu is a newly named species from the rainforests of northern Queensland.

Frank Zich of the Australian Tropical Herbarium in Cairns consulted with Eastern Kuku Yalanji Traditional Owners of the region in which this species occurs to find a suitable name. The community members decided to name the species after a place where the species is found, called Burungu.

Tecomanthe is the existing genus name. There are seven species in this genus, found in Indonesia, Australia and New Zealand.

There are conventions to follow when playing the name game. Names shouldn’t be insulting or derogatory and you shouldn’t name a species after yourself. The genus name must be unique. It’s like the surname of the species and comes first. But a species name can be repeated across different genera of plants or animals to acknowledge a person or place. Never upset a taxonomist, or there might soon be a new dung beetle bearing your name.

Staff of the National Research Collections Australia acknowledge the contributions of their collaborators from Australia and around the world. Including the many field expeditions, specimen loans and publications that have contributed to the new species named during the past year.

Species lists for Australia are maintained by the Australian Biological Resources Study. Taxonomy Australia maintains a running count of new Australian species named each year on a dashboard.

Fly over for more about our national collections